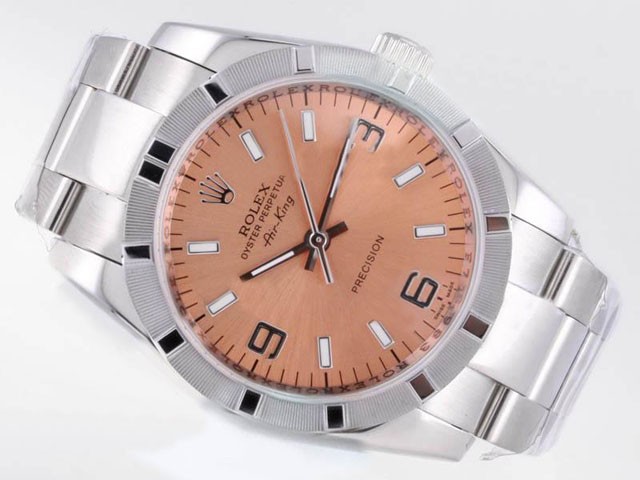 Rolex made some brave determinations when it reproduced the Milgauss in 2007, almost 20 years after removing it from their catalogue. And it had to. The company, which is known for making very subtle changes over long periods of time, took what was one of its plainest properties and added a healthy dose of color. For the new model, the replica Rolex went back to the lighting bolt shape for the seconds-hand, and ditched the clean and clinical polished stainless steel in favor of a bright orange hand. The minutes track and hour markers received the same color treatment. Perhaps the most disputable introduction was made with the Anniversary Model which came with a crystal that was lightly tinted green and which gave the dial a special halo. Rolex named it as the Glace Verte and claims it doesn’t have a patent on it because it is so hard to make. 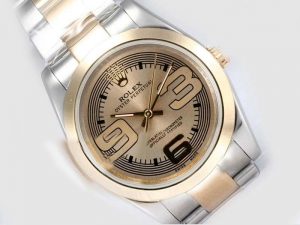 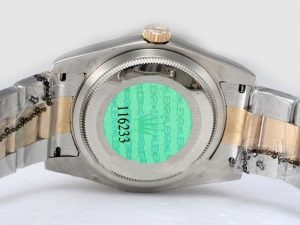 After that, in the year of 2017, Rolex added a new blue dial glace verte model, and that’s when many people lost their minds a little (myself included). For the first time ever, a Milgauss was selling not just at retail, but way above it. All is because of that blue dial, which Rolex calls Z-Blue.
Just to be clear, this watch is almost the same with the other Milgauss models on a technical level. It comes in a traditional 40mm Oyster case that is generously polished, with Oyster bracelet made from 904L stainless steel that has a mix of brushed and polished finishes.
Dial side, the replica watch worked too, so Rolex made very some changes. As a matter of fact, all Rolex replicas really did was to improve on a solid base. Both the baton indexes and Chromalight display (which adds another, more subtle dose of color) were kept, as was the bright orange minutes track and the orange “Milgauss.” It’s rather different from the vintage models, but that’s the point, and I still like it.
The only real novelty of the Z-Blue model is the new dial, and boy did Rolex get it right. Blue is an easy option when a watchmaker wants to spice things up. It’s more versatile than the traditional colors of black, white, and silver, being more casual without being too eccentric. However, this blue is a little different, because this is a Rolex, and Rolex plays by its own rules. In fact, it’s a metallic blue that veers towards green depending on the light and the angle at which the light hits the brushed dial.
There’s something a little irreverent about this watch that makes it fun to wear.
So, what’s it like to wear? For lack of a better word, it’s just straight fun. This is a watch with a large number of personalities. It’s self-assured, and in complete denial of its previous unpopularity; scientific, and yet somewhat immature; rebellious, and yet so thoroughly rooted in Oyster conventions. It goes with everything, but never feels right with a suit. But most of all, it seems to know how unlikely it is someone will pick it up for its antimagnetic features – but it wouldn’t suffer one bit if you tested its resistance to magnetism.
The Z-Blue Milgauss looks great in any setting as long as you don’t dress it up too much. The thing is, from a practical standpoint picking a Milgauss is actually a very good selection. It’s everything you expect from Rolex in terms of build. It’s made with extremely resistant steel, it’s waterproof to 100 meters, antimagnetic to at least 1,000 gauss (if not more, much more), powered by a certified Superlative Chronometer movement; and, finally, it’s a very good looking timepiece, and it’s far from being the most expensive fake Rolex. Like I said, it’s a wise choice indeed.